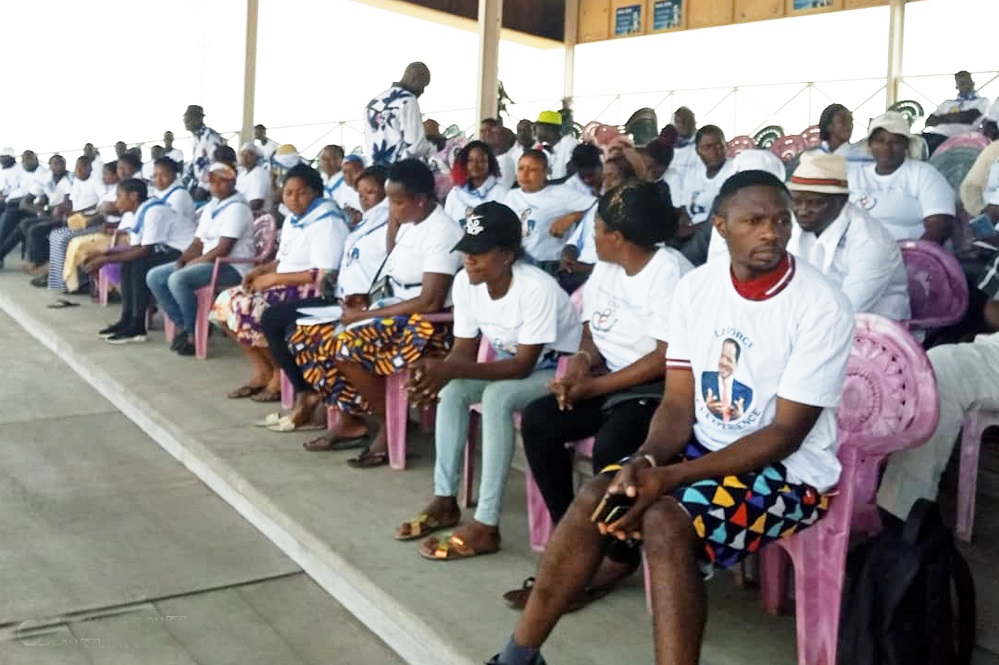 CPDM will be battling for 15 Parliamentary seats, 33 councils in the region

Despite fear of the unknown instilled in the population of the region by Separatists, the regional launching of campaigns witnessed a mammoth crowd of militants from accross the six divisions of the region. Present were permanent central committee delegates of the regional and divisional levels, section presidents of the three wings, traditional rulers, ministers, would be Parliamentarians and councilors among others. The head of the CPDM regional permanent central committee delegation, Peter Mafany Musonge, chaired the launching, which was spiced by various traditional dance groups drawn from different cultures. “ The CPDM will be competing for the fifteen parliamentary seats, 31 councils and two city councils, in a total of eight hundred and ninety seven councilors. These resourceful councilors are expected to champion the decentralization and special status of councils” comrade Musonge. The need to work for the return of peace was greatly encouraged, while congratulatory messages were extended to the Head of State for the various measures being taken to remedy the crisis. Through peace and stability the CDC, Pamol, SOWEDA will be revamp and life returns to normal.

Militants were equal cautioned on the modus operandi in the conduct of campaigns. In this light, commitment and self discipline, door to door meeting with militants, adequate use of the media, the use of modern communication devices like WhatsApp, Facebook, as well as physical and material mobilisation to enhance the exercise were encouraged. The 50th anniversary reunification grandstand was jammed to capacity, with militants clouded in party regalia, without fear.

Militants from Akwaya, Wabane, Bangem, Isangele and most of the interior parts of the region answered present. Representative of the youths wing in the region, Jonas Nsongo Ndiba, of Meme I C spoke on behalf of the youths. Apart from highlighting the numerous benefits of the youths in the new deal government, he shun all the youths for allowing themselves to be used as instrument of manipulation to disrupt the peace and stability of the region. He went further to plead with the youths especially those still carrying arms to drop them and return to normal life.

The women wing was championed by Mary Mzumu of Kupe Muanenguba II section while Prince Michael Fonju of Lebialem II section spoke on behalf of the main wing.