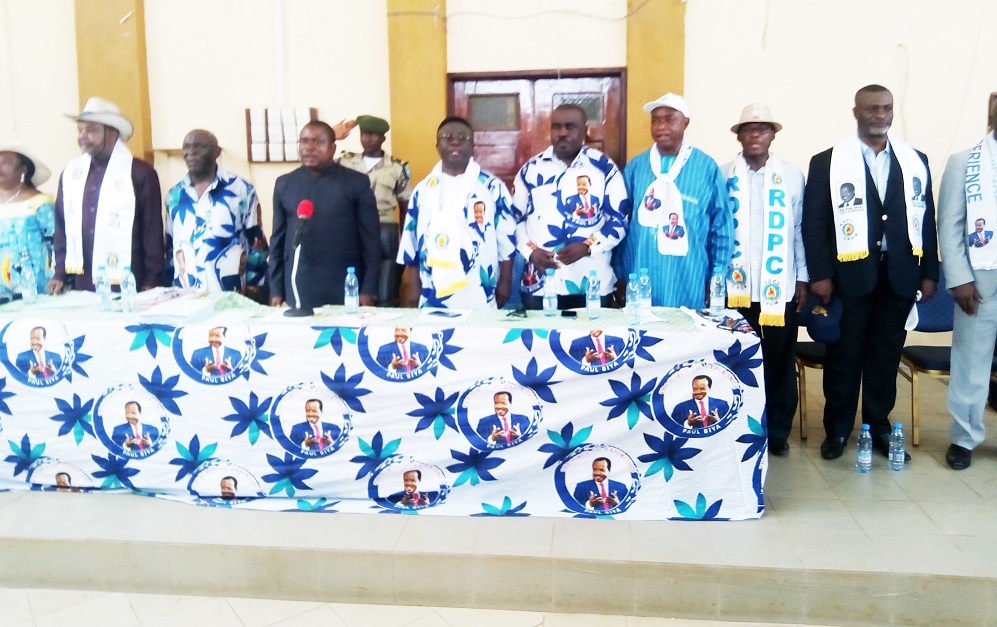 Militants of the CPDM have said enough is enough to SDF’s continous domination of councils and Parliament.

The population of Kumba, made up of three councils and a parliamentary seat, has been under the dominant control of the opposition SDF party. In the 2013 municipal and legislative elections, the SDF swept the three councils and the lone Parliamentary seat. The victory gave them the opportunity to constitute the deliberative organ of the Kumba city council. The government Delegate of the city council has been in great difficulties coping with opposition councilors. It was obvious that disunity, petition writing and criticisms among militants of the CPDM created cracks in the party that the SDF exploited to their advantage. Enough is enough, said the militants in a giant campaign launched by the campaign manager of Kumba Urban, Senator Andrew Otte Mofa. Since the last elections and the failure of the CPDM, efforts have been made to bring the warring factions under one thinking cap. The right man for the job to reunite the different factions and bring back the CPDM lost victory is Senator Otte. His ability to make things work was noticed even by the Central Committee of the party reasons why he has been placed at the head of the campaign.

The hall of Kumba city council was jammed to capacity, with militants from the three sections, as well as other high officials of the party. Three section presidents, the government Delegate, as well as parliamentary and municipal candidates all brandished themselves to the population and received thunderous applause.

Lawson Tabot Bakia, section president of Meme IC is the choice of the Central Committee and the population of Kumba for the lone Parliamentary seat. The down to earth, jovial and icon of the youths has helped to woo many armscarrying youths into dropping their weapons and return to town. Tabot’s greatest strength and popularity is his liaison with commercial bike riders, who form a bulk of the youths. As for the three councils, the various list leaders all agreed during the launching to bury their hatchets and work for victory for the interest of the party and the city of Kumba. The crowd of militants that turned out and the anxiety manifested was clear indication that the militants are tired of domination of SDF and are determined to regain control of the city. Door to door campaigns will intensify, funds will be raised on daily basis, social media and posters are being used by the vibrant campaign team to ensure that victory is for the CPDM.