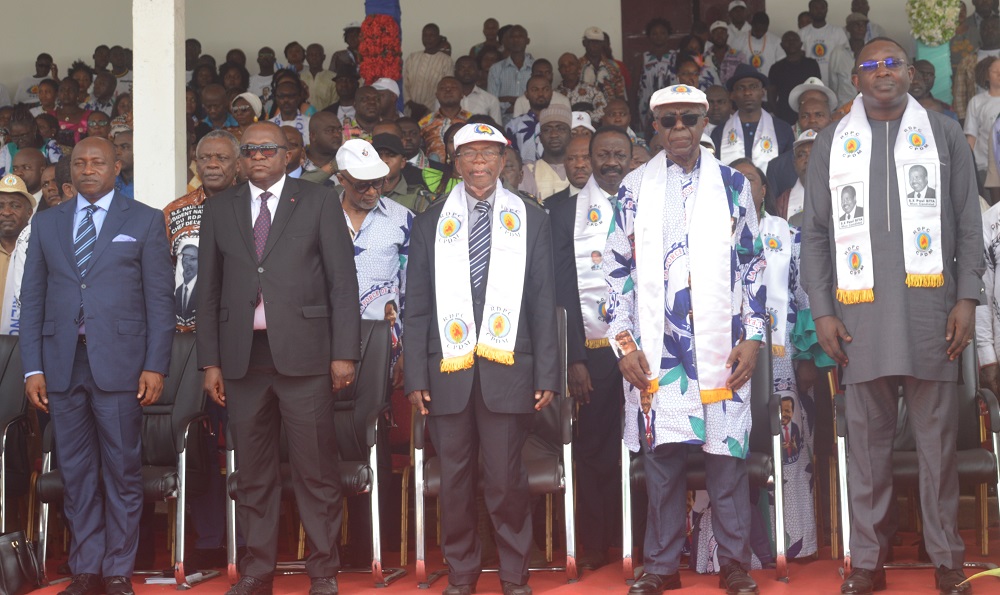 This was during a grand rally to launch campaigns in the Division held by the Secretary General of the central committee, Jean Nkuété.

CPDM militants of Fako Division have pledged to achieve a resounding victory in the 9 February municipal and legislative elections. The seven different sections of the party took the commitment and resolved to stand solidly behind the various candidates for municipal and legislative lists. Jean Nkuété, Secretary General of the CPDM, the WCPDM National President Yaou Aissatou, and a powerful delegation from the central committee greased the launching. A gesture that boost the morale of militants in the division. Members of government of the region, Senators were also part of the grand launching.
Citing a host of projects from infrastructures to human resource development, Fako Division, hosts the regional Headquarters of the South West and has benefited from numerous facilities from the CPDM government. From two successive Prime Ministers for thirteen years, vice president of national assembly for two mandates, General Managers and directors among others. Since the year 2002, Fako Division has remained a bastion of the CPDM by securing victory in all elections. February 9 would not be an exception. Apart from a small segment of the Division that has been infiltrated by armed separatists, the rest of the Division is enjoying great peace and security. The population is fast accepting the fact that love, unity and living together remains the main virtues of human existence. From the public investment Budget of 2020, much has been allocated to the region to improve health, education and rehabilitate SONARA, CDC and Pamol plantations.  The only threat of the CPDM party in the region is Kumba with the domination of SDF but with the revamping of the campaign team there, there is hope that the CPDM will be the only cock to crow come February 9.
To the Secretary General of the central committee and National campaign chair, CPDM is the only political party that stands-by its people at all times, it is the only party that is national, and the only party that is always ready to work despite all odds. “We therefore used this opportunity to thank all our militants for their steadfastness. To those nominated to represent us, we extend our congratulations while those who did not sail through to remain committed and wait for their turn. CPDM will keep being in tact for the legacies of its founding fathers like N. N. Mbile, Nfon Mukete, and others. We have to secure a comfortable majority in the Assembly and councils in order to allow our national president accomplish his goals with ease”.
The launching ceremony was spiced with different traditional dance groups. The Secretary General also recognized the departure of the mayor of Buea, Patrick Ekema Esunge, whom he term a “fallen hero”.